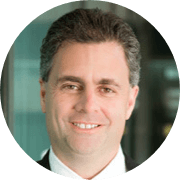 Jonathan Corr has served as our chief executive officer since February 2015 and president since February 2013. Previously, Mr. Corr served as our chief operating officer from November 2011 to February 2015, executive vice president and chief strategy officer from November 2009 to November 2011, as chief strategy officer from August 2005 to November 2009 and as the Company’s senior vice president of product management from October 2002 to August 2005. Prior to joining the Company, Mr. Corr served in executive and management positions at PeopleSoft, Inc., Netscape Communications Corporation and Kana/Broadbase Software/Rubric, a number of software companies that combined through acquisition. He holds a Bachelor of Science in Engineering from Columbia University and a Masters in Business Administration from Stanford University.